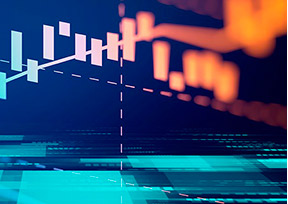 The sectorial downward bias prevailed due to the retraction of the Personnel Coverage segment (-2.3%) and Capitalization Bonds (-3.5%). In the analysis of 12 mobile months closed in November, the collection was R $ 269.6 billion, an increase of 0.8% in relation to the last equivalent period ended in November 2019. In the month of November, total revenue was of R $ 22.9 billion, an increase of 0.2% over the same month of 2019, and 2.8% at the margin (over October). “Confirming the history since 2018, the recessive crisis impacts in different ways the different branches of the sector, themselves responsible for the behavior of production, income and employment in the segments of the economy that demand insurance, private pension and capitalization”, analyzes the President of CNseg, Marcio Coriolano, in an editorial of issue nº 36 of Conjuntura CNseg, available in full at the link.

The flagship of the Damage and Liability segment, Automobile insurance increased by 3.9% in November over the same month last year, totaling R $ 3 billion in premiums. It contributed significantly to the monthly production of premiums in this segment, which reached R $ 6.6 billion in November – a jump of 11.5% over the same month of the previous year. Even so, the Automobile portfolio had a loss in the accumulated of the year, of 3%, in relation to the same period of 2019. And of 2.5% in the average of 12 months ended in November, when compared to the equivalent period ended in November of last year. From January to November 2020, Auto insurance revenue reached R $ 31.7 billion and, the Damage and Liabilities segment as a whole, R $ 71.1 billion. Some modalities showed an extraordinary behavior in terms of collection in the accumulated of the year.

Among the examples, Maritime and Aeronautical, with an increase of 45.5%; Rural, 31.1%; Civil Liability, 20.8%; Credit and Guarantee, 15.6%; Equity, 10.3%; and Housing, 7.8%. In the People Coverage segment, although it grew 8.9% compared to the previous month, it lost 3.8% of collection against the same month of November last year, ending up presenting a negative rate of 2.3% in the accumulated from January to November. Given the market share, R $ 151 billion accumulated in the year (more than twice that of Damages and Responsibilities), the performance of People’s policies affects the overall result. If in the set of Risk Plans (Life, Creditors, Travel, among others), the accumulated positive rate, now 4.4%, the Accumulation Plans (VGBL and PGBL) accumulated a loss of 4.5% in the year. In the Capitalization segment, with revenues up to November of R $ 20.9 billion, there was an increase in revenues in the month, of 4.4%, but net nominal losses of 3.8% compared to the same month of 2019 and of 3, 5% in the accumulated period from January to November. “In the accumulated result for the year against that of the previous year, then the trend should also be of stability and if there is an incremental growth of 2% from December to December 2019, the year will close at the same nominal level of collection”, evaluates Marcio Coriolano. In this edition, two sections (Brazilian Economy and Performance Analysis) deepen a view of the connections between the economy and the insurance sector.

The text of the economic situation highlights that the fiscal stimulus granted contributed to a less pronounced drop in GDP in 2020, from 10% to something below 5%, but they produce the risk of reducing potential growth in the coming years, by impacting public accounts , which are the biggest problem in the country. The search for fiscal rebalancing, says the study, will depend on an assertive schedule of several reforms, and, above all, on a timely mass vaccination program. Even with a second wave of Covid-19, underway in several nations around the world, the extent of emergency measures can be decisive in the short term, but they can compromise future growth. In other words, the greater the stimulus, the smaller the growth projection over time tends to be. In a way, the cyclical movements of the economy are reproduced in the performance of the insurance market. This is demonstrated by the new Market Analysis, when looking at the sector’s figures in November. The November result, even having grown only 0.2% over the same month of 2019, is an important sign that the collection of premiums is closer to closing the stable year, a positive news