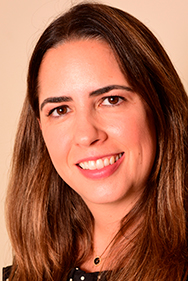 Partner responsible for the Corporate area

Bachelor of Laws from the Pontifical Catholic University of Rio de Janeiro (2004) and postgraduate degree in Corporate Law from IBMEC – Brazilian Institute of Capital Markets of São Paulo (2008). He obtained an LLM degree in Corporate Law from the New York University School of Law (2012), focused on M&A (mergers and acquisitions), Contracts and Capital Markets. Member of the Brazilian Bar Association / Rio de Janeiro (August 2004). Member of the Brazilian Bar Association / São Paulo (August 2012). With extensive experience in Corporate Law and Insurance Law, he was the legal manager of the Itavema Group from 2006 to 2011. He worked in legal advice to all companies belonging to the same group, composed of 50 companies that include car dealerships, insurance broker, factory motorcycles, plastics industry, logistics and transportation. His practice mainly covers corporate law, real estate transactions and commercial contracts and negotiations involving the drafting of statutes, articles of association, powers of attorney, contracts in general, drafting documents and opinions, conducting due diligence and drafting reports, mergers and acquisitions and IPOs. He has been a partner at Pellon & Associados since 2012. In the field of Insurance Law, he acts in the regulation of claims on financial lines, including, among others, D&O, E & O, Medmal, Cyber ​​and also Civil Liability, surety (including judicial guarantee) , property and engineering insurance, and legal advice on insurance (including drafting opinions, analysis of insurance and reinsurance contracts, revision of clauses, among others).

See all our areas